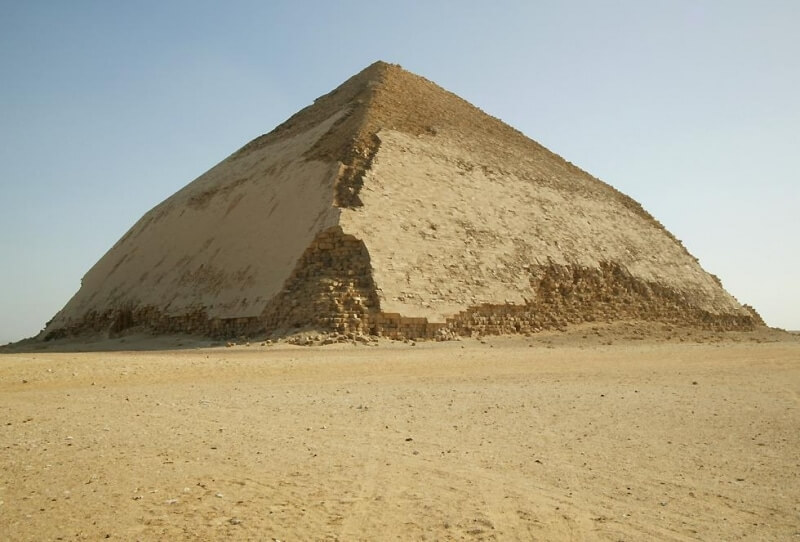 About two kilo metres from the Sakkarah necropolis can be found the five pyramids of Dahshur, three built of stone and two of brick and all equally important. The most northerly one, in brick, is that of Sesostris III (Xllth dynasty) which was once faced with sculpted Tura stone. The most southerly are the pyramids of Amon-Emhat II and Amon-Emhat III. The former,in whose burial chamber was found a splendid col­lection of jewels, is of stone and the latter is of brick. The other two pyramids were bothconstructed by Snefru, the first pharaoh of the IVth dynasty. The length of the sides of the base of the one called the «red pyramid» is more than twice its height (213 metres as against 99 metres).  The other one, recognisable from a long way off because of its un­usual appearance, is the so-called «rhomboidal pyramid» which is also the best preserved of the nec­ropolis. It owes its name to its odd shape, the slope of the faces changing, a little more than half way up, from 50° to 43°. Another odd feature is that it has two entr­ances, one to the west and one to the north, which lead to two step­ped covered chambers.