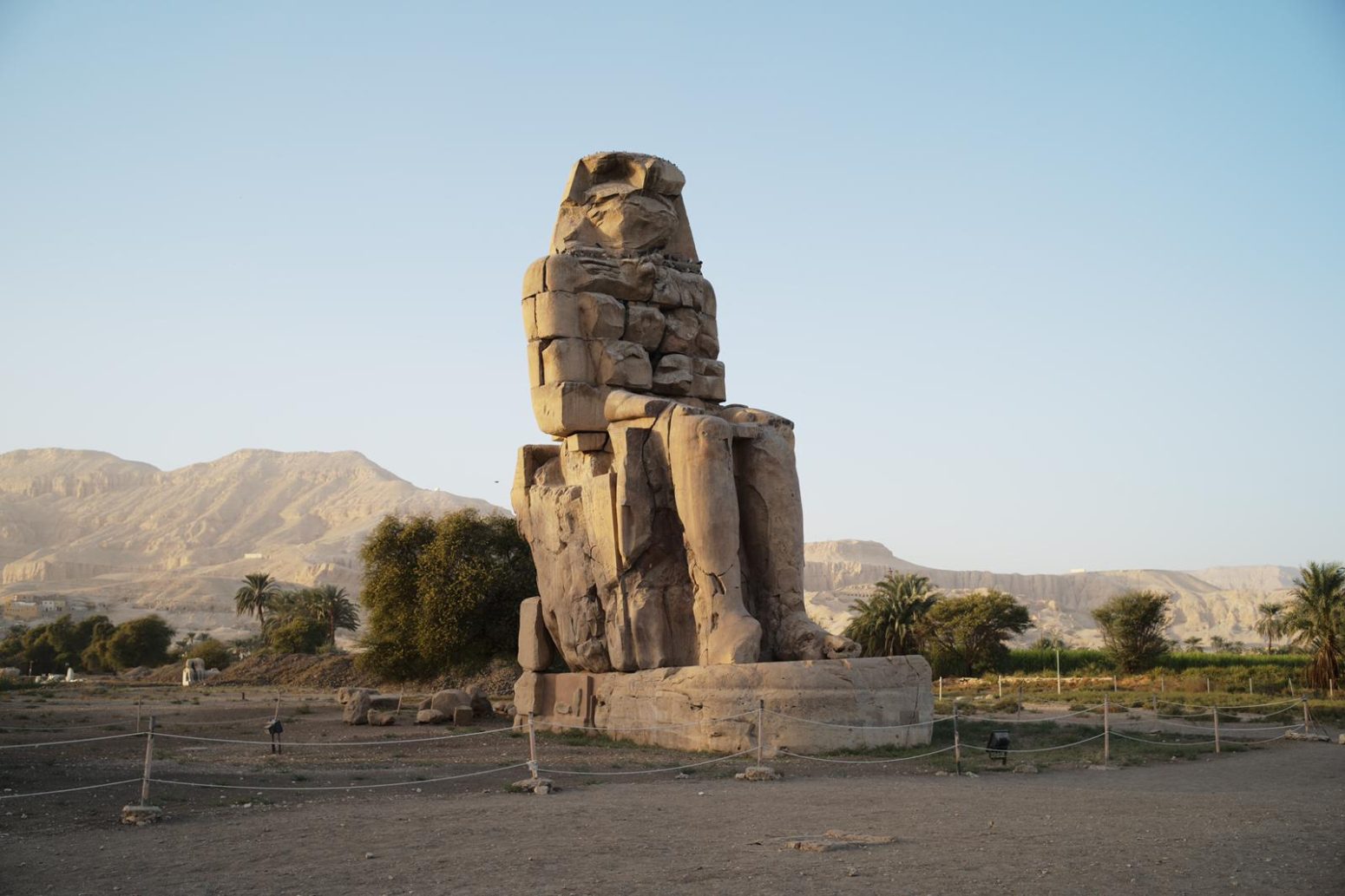 In the immense plain around Thebes between the Nile and the Valley of the Kings, one can still admire what remains of the monumental avenue which used to lead to the temple of Amon-Ofis III.

The temple has unfortunately disappeared and what remains are commonly referred to as the «co­lossi of Memnon». These two gigantic statues, 20 meters high with feet 2 meters long and 1 meter thick, were cut out of single blocks of sandstone and represent Pharaoh seated on his throne with his hands on his knees. The more southerly colossus, although ap­preciably damaged, has suffered less than the other one. Certain legends have become attached to the latter