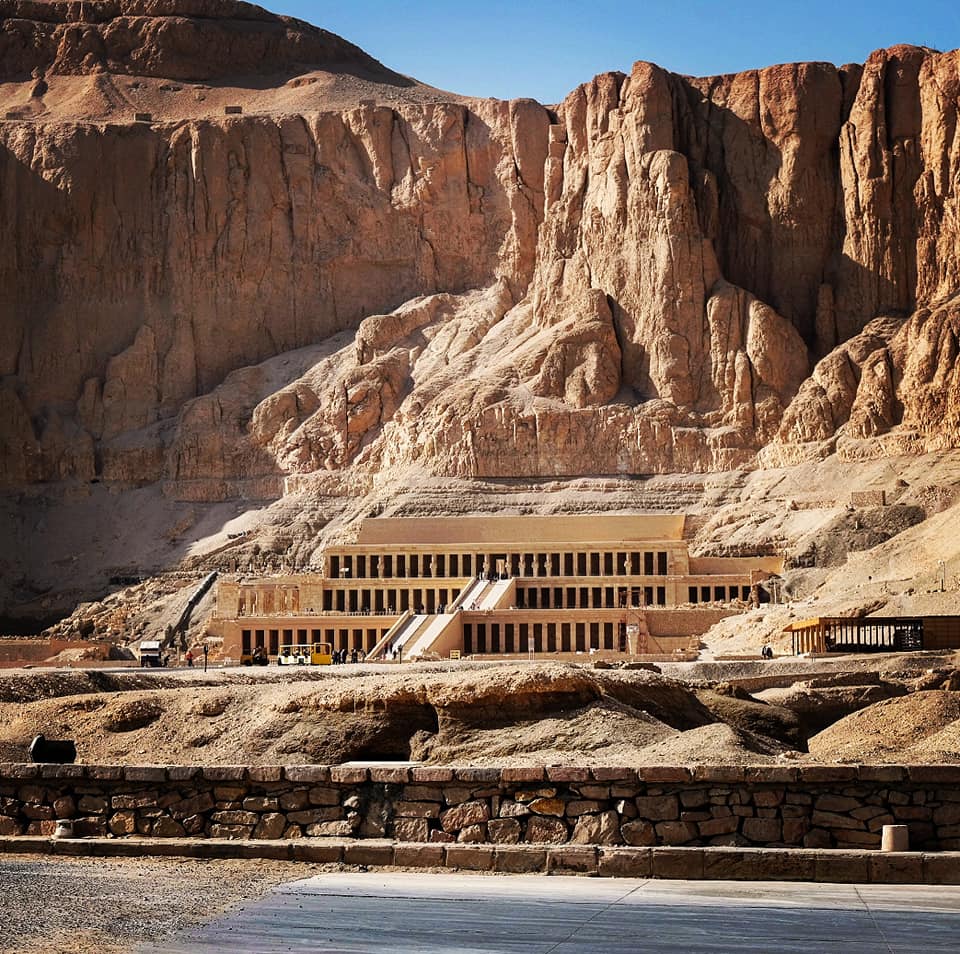 One thousand two hundred years after Imhotep another architect, Senmut, won himself a place in Egyptian history by designing another architectural masterpiece Queen Hatshepsut who was more of a patron of the arts than a military commander, ordered a funerary monument to be built for her father Thutmose I and herself,

choosing for the site a valley which had already been consec­rated to the goddess Hathor but had then been abandoned. The great insight of her architect-minister was the way in which he exploited the rocks spread out in a fan shape behind the