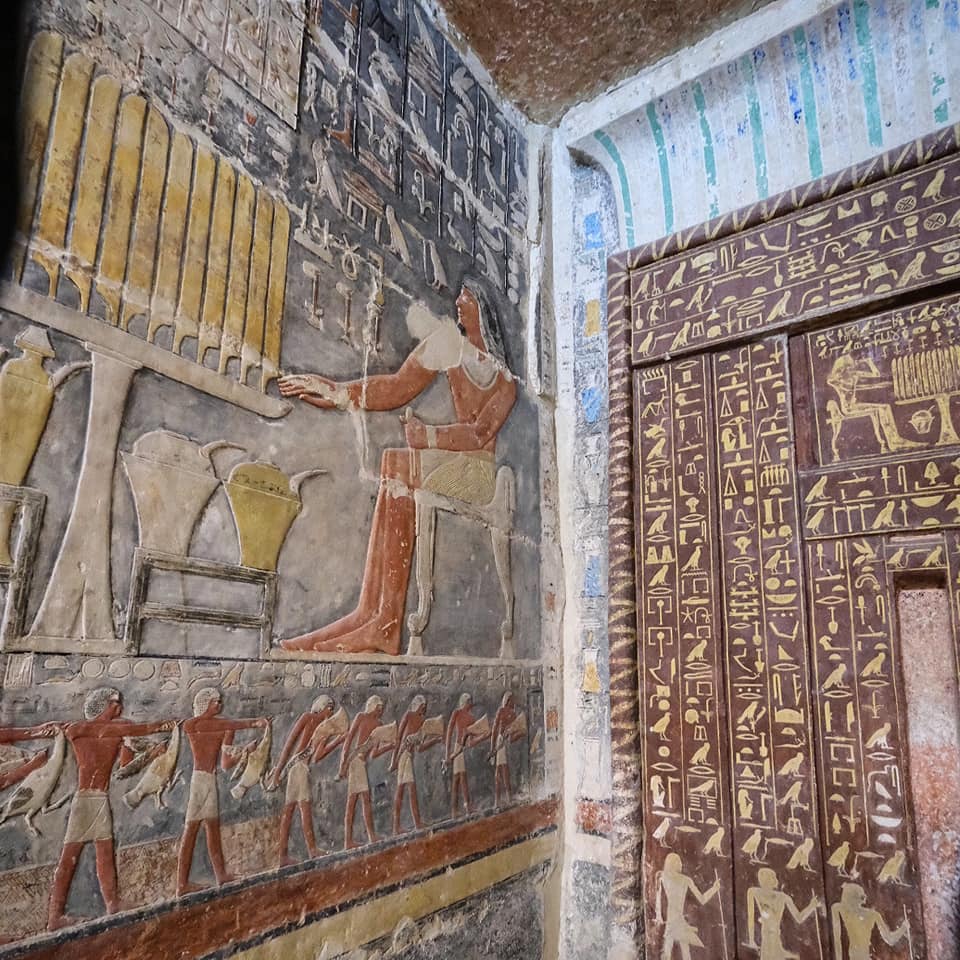 About a kilometer and a half from the Valley of the Kings is the Val­ley of the Queens which today is called «Biban el-Harim». In the region, eighty tombs have been discovered there but they are badly damaged, some showing traces of fire, others having been used as stables.The tombs mostly date from the period 1300 to 1100 B.C.,

At one time used as a stable for asses the tomb of Queen Thiti, who may have been the wife of one of the pharaohs of the XXth dynasty, contains some beautiful paintings in delicate shades of pink.

(It should be noted that those of the pharaohs’ offspring who died in childhood were also buried in the Valley of the Queens). The de­coration in this tomb intended for the son of Ramses HI is excep­tional both for the brilliance and the intensity of the colour which is dominated by a magnificent ul­tramarine blue. In the first room we see the Pharaoh presenting his son to various gods, Thot, Ptah and the four sons of Horus (Hapi, Amset, Duamutef and Keben-senuf). The latter four gods after taking part in the rite of mummifi­cation of Osiris with Anubis be­came the patrons of the canopic jars.