When you book with an account, you will be able to track your payment status, track the confirmation and you can also rate the tour after you finished the tour.
Sign Up
945

Why Book With Us?

Do not hesitage to give us a call. We are an expert team and we are happy to talk to you.

Faced with a long layover at Cairo Airport  Get out and make the most of your time in the Egyptian capital with this private,  sightseeing tour. Visit top Cairo landmarks like the Giza Pyramids, Sphinx and Sakkara.
the Distance from Cairo Airport to Giza Pyramids 56 K.M which takes around one Hour Drive.

Cairo Stopover tours to the pyramids and sakkara start from Cairo airport exit gate where our tour guide will be waiting for you to start your guiding tour to giza pyramids and the sphinx you start your tour there with  The Great Pyramids, ONE of the Seven Wonders of the ancient world including the Great Pyramid of Cheops, middle pyramids of Chephren and the smallest  one of king Mykerinos with the option of doing camel ride and the panoramic area for the panoramic  photo in front of Pyramids then visit the mysterious Sphinx, the tour includes visit to the valley temple facing the great sphinx with option visit to the solar boat this was a boat used to carry the pharaoh’s mummy across the Nile from the royal palace to the valley temple , and then buried at the foot of the pyramid for his use in the afterlife journey . After the tour in Giza you will have nice lunch in the area

Afterwards we proceed to Sakkara that is part of Memphis’s massive necropolis, and the burial site of the most ancient Pharaohs where you will see the first pyramids ever built in Egypt “Step Pyramid of King Djoser that was designed by Imhotep, the ancient Egyptian architect also you will visit the Teti Pyramid and tombs in Sakkara before we drive you back to Cairo airport. 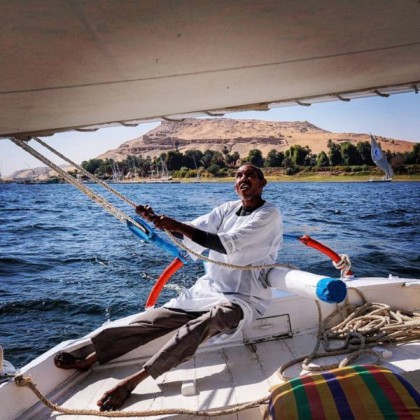 Go Around Egypt in 05 Days 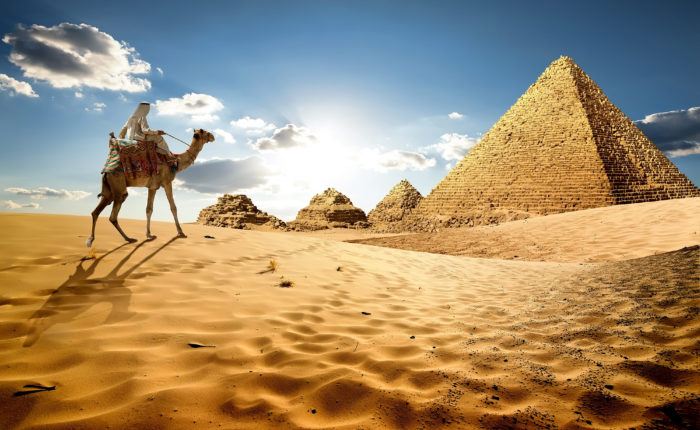