When you book with an account, you will be able to track your payment status, track the confirmation and you can also rate the tour after you finished the tour.
Sign Up
968

Why Book With Us?

Do not hesitage to give us a call. We are an expert team and we are happy to talk to you.

Siwa Oasis tour in 08 Days you are going to visit Cairo, Alexandria and the most beautiful oasis in Egypt Siwa Oasis.

• Breakfast at the hotel.
• Guiding tour to visit Giza pyramids & Sphinx Starting by the Great Pyramid, Panoramic area for the panoramic photos, ending by the valley temple and the Sphinx.
• Break for Lunch.
• Tour to visit Memphis First Capital for Egypt Founded by Narmer First Pharaoh there you are going to see the alabaster sphinx and the famous statue of Ramses II.

. After Breakfast, you meet your Tour Guide then Start Driving to Wadi El natron.
.Visit Wadi Elnatron which considered one of the earlier Christian communities in Egypt.
.we visit the monastery of St. Bishoy and monastery of Elsurian.
.Afterwards we continue driving to Alexandria.
.Check into your hotel.
.Overnight in Alexandria.

After Breakfast, we Start Day tour to visit
• The Pompey’s pillar 27 m height which was erected in 297 A.D in memory of the Roman Emperor, Diocletian.
• Catacombs of Kom El – Shokafa, these Roman catacombs are rock – hewn in three tiers at a depth of 100 feet, they date from late first and early second century A.D.
• The fort of Quaitbay Citadel at the northern tip of the eastern harbor, on the site where the Pharos of Alexandria stood, this fort was constructed in the 15th century by Quaitbay.
•Photo Stop at Alexandria Library.
.Visit Elmontazah Royal Palaces & Gardens.

. After Breakfast Start Driving to Marsa Matruh.
.Stop in El Alamin to visit the Second World War Cemetery the famous memorial of Alamein.
.Continue to Siwa.
.Overnight in Siwa.

.Drive Back to Cairo.
.Arrive and check into your hotel.
.Overnight in Cairo.

Breakfast at the hotel then transfer to Cairo International Airport for final departure.

Go Around Egypt in 05 Days 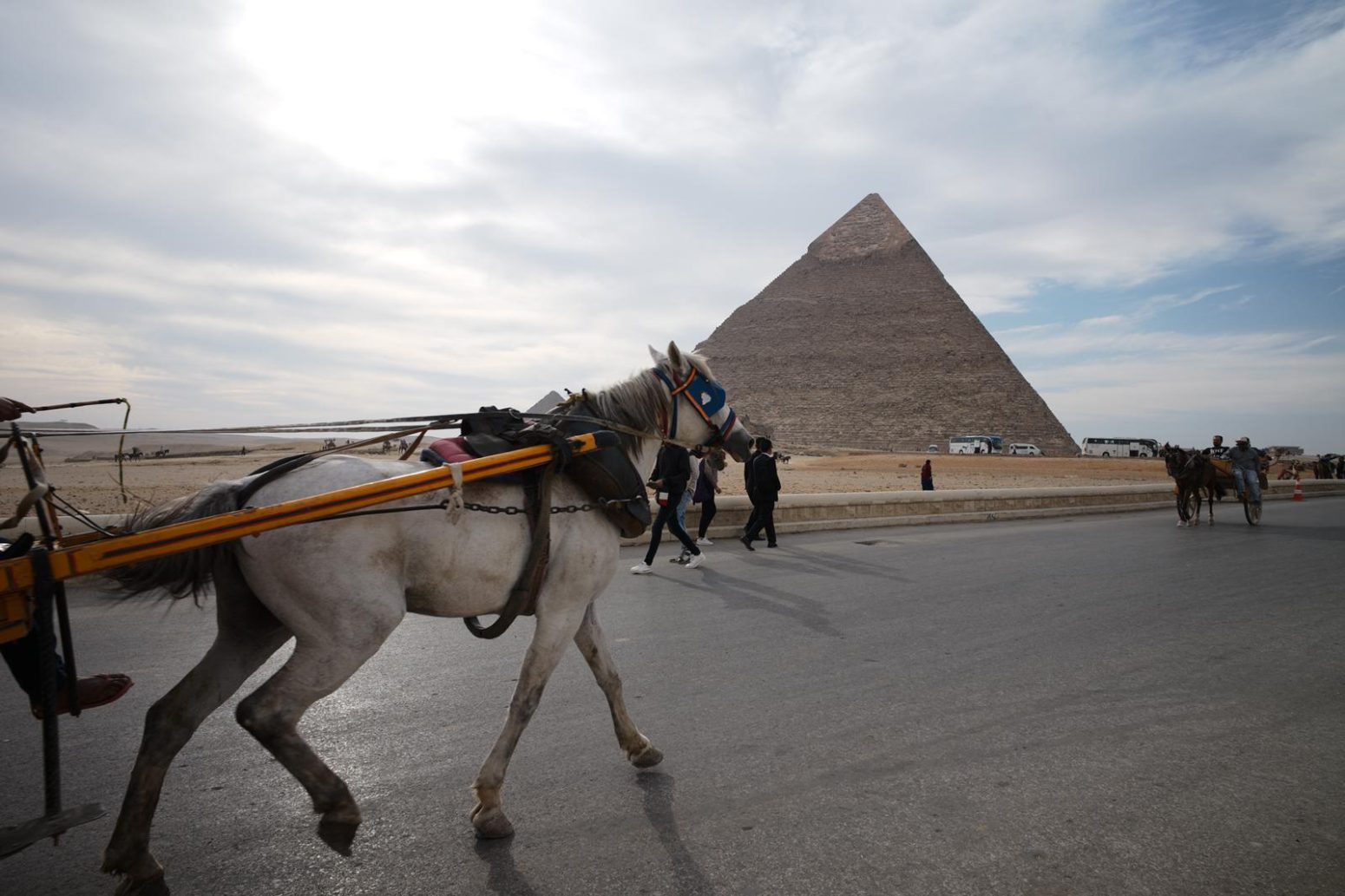